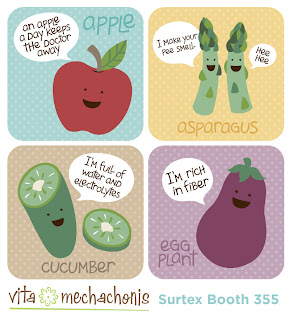 Yay what a wonderful day! Bowie over at Print & Pattern has posted about me - you can read it here. Thank you Bowie!
Posted by Vita Mechachonis at 8:36 AM 2 comments 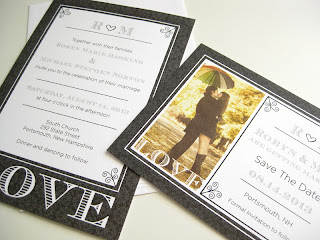 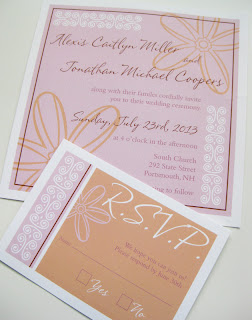 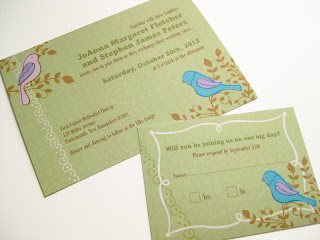 Here are just a few samples of some of the wedding stationery collections I have over at LookLoveSend. There are a lot more, but I got frustrated with the lighting and my camera and stopped at 3 photos... I guess the camera isn't liking me today...
Posted by Vita Mechachonis at 4:27 PM 0 comments

Always, ALWAYS back up your files. 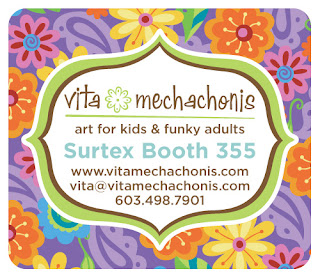 Last week was INSANE. I had my usual almost-full time work with LookLoveSend, which takes up most of my time, plus several ads and editorials due for the various trade magazines associated with art licensing and Surtex due at the end of the week. For whatever reason I finished them up early and emailed them all out on Monday and Tuesday of last week. Phew wow, I felt good to get them out the door. Then on Wednesday morning I get an email from the Surtex people saying that a better booth opened up and would I like it? Heck yeah I would! So I put several things on hold, and RUSHED to revise all of the art and editorials that I had just sent out and let them all know that hey, my booth number has changed, so don't use that art I sent, use this new revised art. I heard back, and great, they all got the message. Nice.

Then Wednesday afternoon, my computer kept freezing and I had to force-restart several times, and by the end of the day with one last forced restart, it just DIED. Wouldn't turn on at all. Gray screen of death. Uh oh. I scheduled an appointment for the next morning at the nearest Genius Bar (which is an hour from me...sigh). It turns out that my hard drive crapped out. No going back. But thankfully I use Time Machine and back up faithfully all the time to an external hard drive, so I knew I didn't lose any files (or if I had, it wasn't much). So I ordered a new hard drive and left my baby (the iMac) with the Apple Store and headed home. I wasn't under warranty anymore (my applecare expired last year), but it wasn't much money to buy a new hard drive, so I was very happy. When I got it back in working condition the next day (that was a pleasant surprise, because they said it would take longer) I plugged in right in and started the restoring from Time Machine process - it began on Thursday night at 6:30, and I couldn't believe it but it took over 50 HOURS to restore. WHAT?! Sometime during the wee-hours of Sunday morning the process was complete - when I woke up I checked and yes, all my files were there. Thank heavens!

I learned some lessons through this experience:

1. Always ALWAYS back up. ALWAYS.
2. Use a firewire connection for that external hard drive. Mine was a usb, and I think that may be one of the reasons it took so long to restore. I ordered myself a new external hard drive - bigger faster stronger and with a firewire connection. It arrives tomorrow.
3. I've since invested in the cloud, and am using it as one more line of back-up.
4. Its pretty nice to have several days in a row off, even if it was forced and not planned for, and a little stressful in the beginning.

So at the end of this all, I have my computer back, running smoothly and better than ever. And I am in a great booth at Surtex - booth 355! Right in the thick of things! Yay!
Posted by Vita Mechachonis at 5:31 PM 0 comments

Vita Mechachonis
Greenland, New Hampshire, United States
I draw, I design, I play with the dog, I yoga and I hike. I can recite all 50 states in alphabetical order. I'm left handed and obsessed with food.